Horror movies of Bollywood are better off without putting medical science into it. Hardly being an original, Priyadarshan’s Bhool Bhulaiyaa, a make alike of the Malayalam classic Manichitrathazhu, grabbed the eyeballs as long as it stuck to its spooky ‘Manjulika’ narrative but as soon as it started interpretating her behaviour as an abstract identity disorder, everything went downhill.

The Anees Bazmee film  Bhool Bhulaiyaa 2 does encourages comparisons with the original but manages to hold its ground, aided by strong performances from Kartik Aaryan, Kiara Advani, and Tabu. It’s the kind of silliness where a bride-to-be (Kiara Advani) goes for a trip in Manali, allowing her family to suspect she’s dead in an accident because she gets information over a phone call that her sister and fiancé are passionately involved, before she can inform she’s narrowly escaped. Lucky for her, Kiara’s Reet bumps into a wealthy globetrotter Ruhaan (Kartik Aaryan) in the snowy mountains. They made a convincing story which was enough for him to assist her in the lie and impersonate as the psychic ‘Rooh Baba’ in touch with her ghost. He was unaware that there’s already enough out-of-the-world crisis to confront with in her family (Tabu, Amar Upadhyay, Milind Gunaji). Only minutes before Reet-Ruhaan’s meet-cute, a freakish prologue involving a priest engaged in mumbo jumbo, thunder and lightning complimenting the ominous mood call our attention to Manjulika’s black magic woman camouflaged behind kilograms of kohl and rockstar locks furiously dragging folks by the floor until captured and locked up for eternity.

Bhool Bhulaiyaa 2 definitely falls in the league of the first one–starring Akshay Kumar and Vidya Balan–became a phenomenal hit at the box office and has attained somewhat of a cult status over the years. Back to 2022 with Kartik Aaryan and Kiara Advani trying to recreate the same magic and Tabu lending an able support. There is of course fresh elements of thrill that director Anees Bazmee has introduced. Kartik Aryan, in this funny role, delivers a performance that is worthy to sit back in theatres. He gets many chances to show his acting and dancing skills, comic timing. Kiara Advani is sweet and simple as Reet and looks magnificent in each frame. Dismally, her chemistry with Kartik doesn’t do any magic. Despite a lot of flirting and one kiss, too, you never sense any sparks onscreen. Then there’s all time evergreen Tabu, who stands tall, restrained, well-behaved and loving bahu of the Thakur family and it’s the experience that shows in every scene she appears in.

Among other co-actors, Sanjay Mishra, Ashwini Kalsekar and Rajesh Sharma bring some humorous moments. Milind Gunanji and Amar Upadhyay too have essential parts but for a limited screen time. Siddhant Ghegadmal as Potlu is quite a refreshing addition and pulls up a few stale scenes.

Bhool Bhulaiyaa 2 doesn’t leaves you in awestruck neither it bores you completely.  Being a family entertainer, it always get a thumbs up. 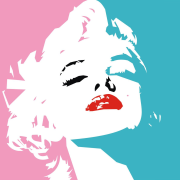 8 Most Popular Places Where Bollywood Movies Have Been Shot