If you are an Indian, then it’s needless to say how much of a big impact Bollywood has had in your lives. Starting from fashion dictions to the idea of role models have been imbibed in us through cinema time and again. That is why it is not a surprise for the majority of us to keep tabs on our heartthrobs and Bollywood biggies. Thus, today, let us talk about 7 big Indian celebrities and some lesser-known facts about them.

The ‘Big B’ of Bollywood who not only has a very long list of followers but is undoubtedly one of the most respected of celebrities has a fact about him that might leave you shook. It is said that the Afghani president dedicated his entire legion of the airforce to protect Mr Bachchan. This was during the shoot of Khuda Gawah which still stands as the most-watched movie in Afghanistan in Indian history. The girl who joined the film industry in her late teens is currently responsible for a lot of broken hearts after she and Ranbir coming together as a couple. The woman who keeps on giving us hits like Highway does have a weird liking. It is now known that Alia likes male perfumes more than women. It is not a surprise, as male perfumes are at times muskier than what’s available for us. This is a nice way to break a gender stereotype. You go, girl! The perfectionist of Bollywood who manages to release a film every year and still cross the box office records is nothing short of an enigma. Aamir has however never been a big fan of alcohol, but this changed for him as soon as a role demanded him to drink. Not known to many Aamir did consume a litre of vodka to shoot for the song Tere Ishq Mein Nachenge for Raja Hindustani. The Bollywood star who is nothing short of a global presence has surprised us pleasantly time and again with her brilliant performances and achievement. However, despite our love, we cannot keep in the jealousy from the time we got to know that she was blessed with good metabolism. Not known to many, her skinny genes makes it easier for her as she doesn’t have to think twice about her calories. The Bollywood actor who is known for his versatility and action scenes did not always have it easy. When Akshay was starting, he did not have enough to create a good portfolio. This is when he and his photographer started using walls of luxury buildings as a backdrop. As news has it, Akshay was on times asked to move from the walls of a luxury house by a security person. Incidentally, he is currently the owner of the same property. The Bollywood bombshell who is known for her choice of movies and breaking stereotypes also has a dirty secret up her alley. As per rumours, Kangana was never a fan of regular showers until she read Vivekananda. She has often stated that the study made her aware of the need for physical hygiene, and since then she has never skipped a bath. It is very difficult to have fans like the ones SRK does, and it probably comes from a blessing. A fan has been continually buying SRK a birthday gift consistently for years. As per the news, his fan has been gifting him land on the moon from Lunar Republic Society. The land is said to also be in the most prime spot, which is ‘The sea of Tranquillity. 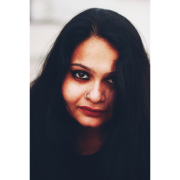 Radhe Shyam Is In the Theatres – Viewers React To It! Rashmika Mandanna Will Feature In A New Film With Thalapathy-DETAILS