Dil Bechara has been one of the most awaited movies of this year, more so due to the sudden demise of one of the stars of this flick, Sushant Singh Rajput. The 34-year-old actor was the main protagonist of Dil Bechara with the sweet and innocent looking Sanjana Sanghi opposite to her.

The movie released on 24th July, making ripples throughout the nation. A number of fans of Sushant Singh Rajput bid their last goodbye to the deceased actor via this movie with moist eyes.

Based on the novel The Fault In Our Stars by John Green and its 2014 film adaptation, Dil Bechara speaks about Kizie and Manny, two young souls in love with each other, with Kizie being a victim of cancer with a very short life expectancy.

The music, which is composed by the legendary A R Rahman, does enough justice to keep pace with the film’s romantic angle, not to forget the sublime effort by ace lyricist Amitabh Bhattacharya. It portrays the magic of love as well as the pain of separation in a subtle way, with the Mozart of Madras making the audience laugh and cry through the peppiness of the fast-paced numbers as well as the sheer melancholy of the serenity of the relatively slower ones.

The first song of the album, Taare Ginn, relieves the intense feelings that thrive on romanticism, leaving the two souls in love all starry-eyed. However, the catapult of numerous melodies coming in unison makes a song a little clumsy to start with but it sets down well as the song continues. Khulke Jeene Ka is the second song from the album, defining how love can make one smile even in the face of despair. The beautiful sights of Paris and especially the Eifel Tower escalate this song to a new level of “feel good” factor.

Main Tumhara comes in next and it is probably the best song that the album has to offer. It starts with a hymn that speaks of the unfulfilled promise of staying together and ends with a message that love never ends. “Main Tumhara Raha” is probably what every lover who hasn’t had their love fulfilled wants to say to the one they can’t forget in their lifetime, isn’t it?

Mashkari is a track that speaks of letting go and having fun, as life is really short to sit back and repent. The happy-go-lucky tune reminds us of Matargashti from Tamasha, which was also composed by A R Rahman. Afreeda, on the other hand, is more of a number where Rahman brings in his trademark usage of heavy-duty music, as he did in the song “Maiyaa Maiyaa” in Guru.

Mera Naam Kizie is an absolute feel-good song, with a funny jazzy kind of tune flowing all over it. Almost the same can be said about the song “Friendzone”, which is the remixed version of the Title track and can turn into a quintessential dance number in the forthcoming night parties when, hopefully, things get back to normalcy.

Check out this video where the musical tribute to the departed actor will leave your heart wrenched as it begins with a note by Sushant. 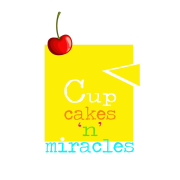 The Kashmir Files Box Office Collection Day 1: All You Need To Know 5 Popular Bollywood Actors And Their Favourite Food: Here Is The List Rocketry: The Nambi Effect Day 1 Box Office Collection: Madhavan’s Debut As Director Did Not Begin On A Smooth Note